A few weeks ago I was lucky enough to win a ‘Guess What’ competition hosted by Uncle Spike’s Adventures a blog I love to follow. This wonderful Guest blog is my prize. I hope you enjoy it as much as I did and that you pop over to Uncle Spike’s blog for more tales. Thanks Uncle Spike.

As a naturalised Türk, but a former resident of the British Isles, I have many memories of the various parts that make up that collective nation. I grew up – in terms of numerical age, not common sense – on the south coast, primarily in the magnificent New Forest; in fact, close to where Annette’s sister lives during my early teenage years! After bolting from the nest just after leaving school, I lived all over the show, had a few years ‘wandering’ abroad, and about ten years ‘up Norf’ in Yorkshire. Of course, being that far north, a trip to bonnie Scotland was a quite achievable for a weekend jaunt. My late wife and I spent time exploring Scotland, by motorbike, car and even by bus. So, in keeping with Annette’s life up there in Scotland, I thought I’d share one of our Scottish adventures…

We both worked long office-bound hours at that time, so were always very much appreciative when the opportunity arose to grab a few days away, particularly time ‘together’, rather than the obligatory family visits which more usually constituted the term ‘weekend away’.

One trip that immediately springs to mind was the failed bike trip. Confused? Well it all started out as a bike trip in early July of probably 1999 or 2000. Scots may well know the year, coz it was a period of a few weeks stonking good weather. Scotland is a very very beautiful country, but attempting to master the art of coinciding vacation days and dry weather is a talent I don’t have (hence the latterly migration 4000km south).

The route was planned, the bike panniers packed, the bike all shiny clean and ready for the off. With just two days left at work, my belly was full of happy little flutter-bye’s – a weekend touring on the bike always was the ultimate getaway.

The bike was old though, and we were just about to replace her with a much bigger beastie, with twice the engine capacity, lots of chrome and large comfy saddles. But that was a few weeks away, and we knew selling ours would not be easy; it being a late model custom-cruiser, so never gonna attract crowds of potential buyers banging on the cottage door.

On the day before said intended jollies, my wife came home to announce “Great news – I think we have a buyer for the bike!” (the hubby of a workmate wanted a midsize set of wheels to ‘get back into the game’). The guy was so excited, he came round that very night, said yes, paid us a fair price in cash, and rode off…. on MY bike. This was a disaster – the panniers were slowly and begrudgingly unpacked, holdall bag packed instead, and we set off to sunny Scotland on four wheels! A happy bunny I was not. 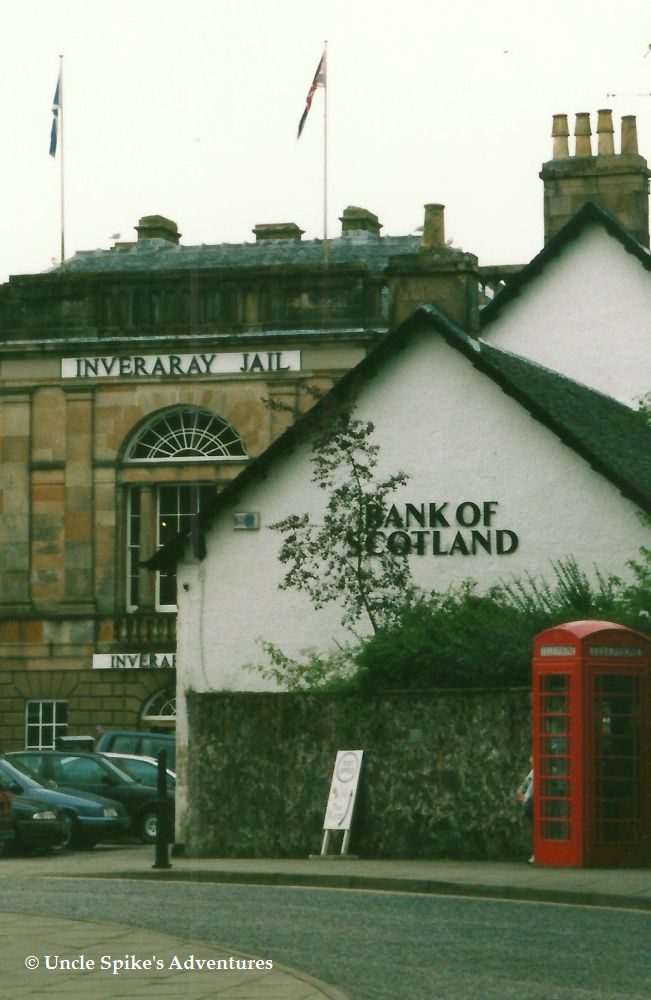 The cloud soon lifted as we travelled up the ‘left’, so that would the M6 motorway, heading through the Southern Uplands, and eventually to Glasgow and beyond. We decided not to go to the mountains and lochs around Fort William and Glen Coe, but instead veer off to try out Inveraray in Argyle, on the western shore of Loch Fyne. It was a completely new area for us, but stunningly beautiful, and the sort of land that the past 50 years had neatly passed on by. The weather was pretty good, cloudy up in the hills, but dry and warm throughout – perfect. The images you see here are scanned cheap old prints stored in a box for years, hence the olde-worlde quality, and they don’t really do justice to the scenes or the weather, but you get the idea. The first two may even be of other areas slightly further north, as 15 years later, I’m digging them out of mixed up box of photos of Scotland – anyway, it was a pleasure to share them for this guest post. 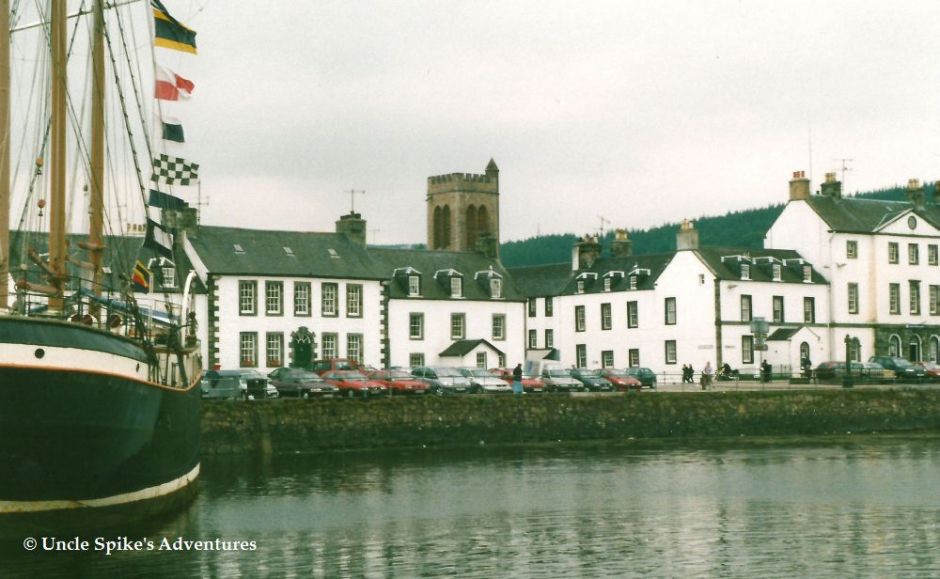 However, no matter how mesmerising the scenery, to ‘drive’ rather than ‘ride’ was, how shall we say, a bit tame by comparison? To have the wind in your hair… from open car windows is just not the same. Such is life though. It was a great and memorable weekend nonetheless.

I’ve never been back there since that trip, although I did visit Scotland a few more times, and YES, on the bike of course. I’ve not been to the UK since 2005, but perhaps I’ll get there again one day, and maybe get up to Inveraray again for another excellent cup of tea….

Many thanks for your hospitality Annette.

Please leave a comment - I would love to hear from you. Cancel reply